GIJOE SHOWS UP ON THE TV SHOW JEOPARDY

One of my favorite TV shows is the long running game show Jeopardy. I record every new show with the DVR to watch when it is fairly quiet and my head is clear. I think it is important to stimulate your brain to try and keep it as active as possible. The older I get the harder it is to remember things. Trivia is fun for me so this is a perfect opportunity to indulge myself without bothering the family.

The best part of using a DVR (digital video recorder) is fast forwarding through commercials. Second best is being able to pause and take a screen shot with the cell phone in case something really cool shows up. (I will admit that while watching Jeopardy I will use the PAUSE button to let my brain clunk back into gear when the answer is still on the tip of my tongue.) Such was the case last month on a Jeopardy show when a GIJoe question/answer came up. I also had an occasion to see another GIJoe question come up a couple of years ago. On both occasions I took a good clear photo of my big TV in hopes of showing the photos on this website, just for some fun.

Here is the question that came up in March of 2017, under the category of "THE TOY HALL OF FAME". I didn't know there was such a thing but here was the question: 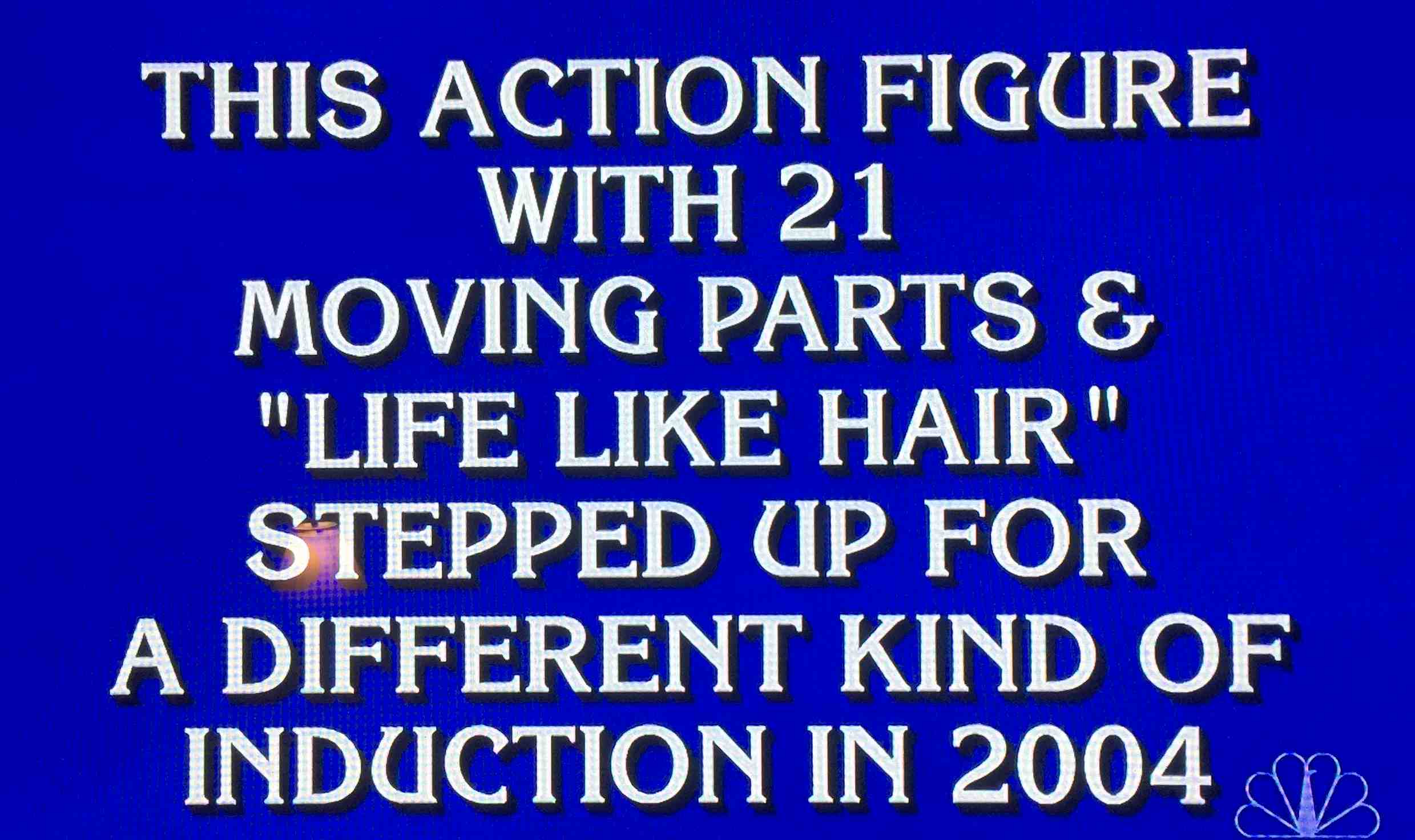 Here is the question that came up in June of 2015, under a Business category. I don't know if that was the exact category but here was the question: 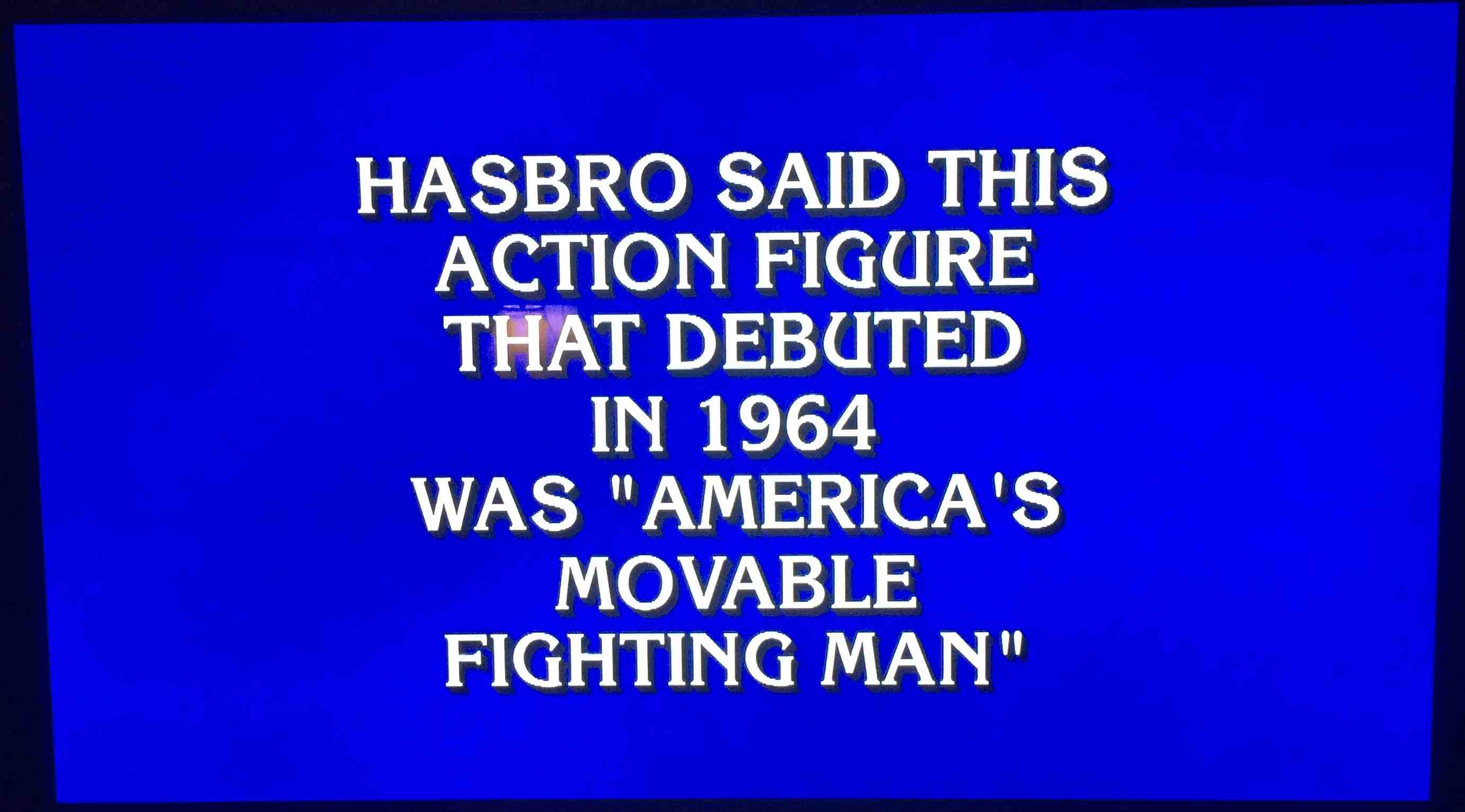 Here is a question that came up more recently. I don't know the exact category but here was the question: 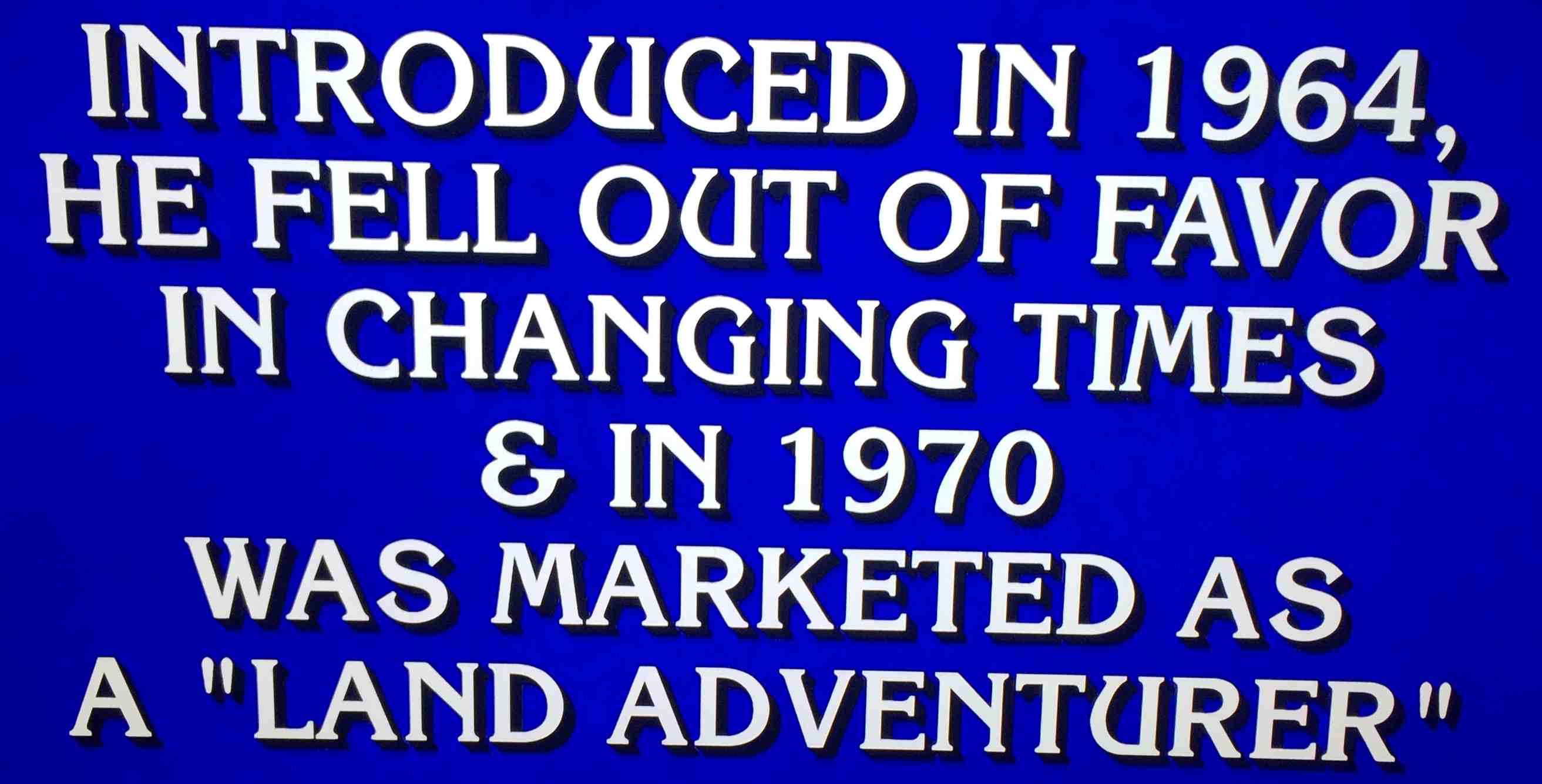 So there you go, GIJoe is officially famous now that the writers on Jeopardy thought it worthwhile to make a couple of questions about him. Hopefully there are a few Jeopardy fans out there in the GIJoe world who will appreciate how cool that was. While I was trying to add some content to this INFOSITE I thought it would be nice to add something not so serious.